“Do you feel the world is broken?”

This is the opening line from Andrew Peterson’s song Is He Worthy? A call and response style song that cleverly and beautifully acknowledges both the brokenness and darkness in the world and at the same time affirms Christ’s light dispelling the dark, conquering death and God’s promise to restore all creation.

About two months ago, when I included this song in the worship playlist for that Sunday, I shared a brief note reflecting on how appropriate and relevant this song (written in 2018) is for us today as we face the trials and implications of the Covid-19 Pandemic. Today as I see news reports about how on top of the turmoil caused by the virus, there is police brutality, prejudice, violent protests, rising crime and corruption, I’m brought back to that opening line, Do you feel the world is broken? And reply alongside others, “We do.” 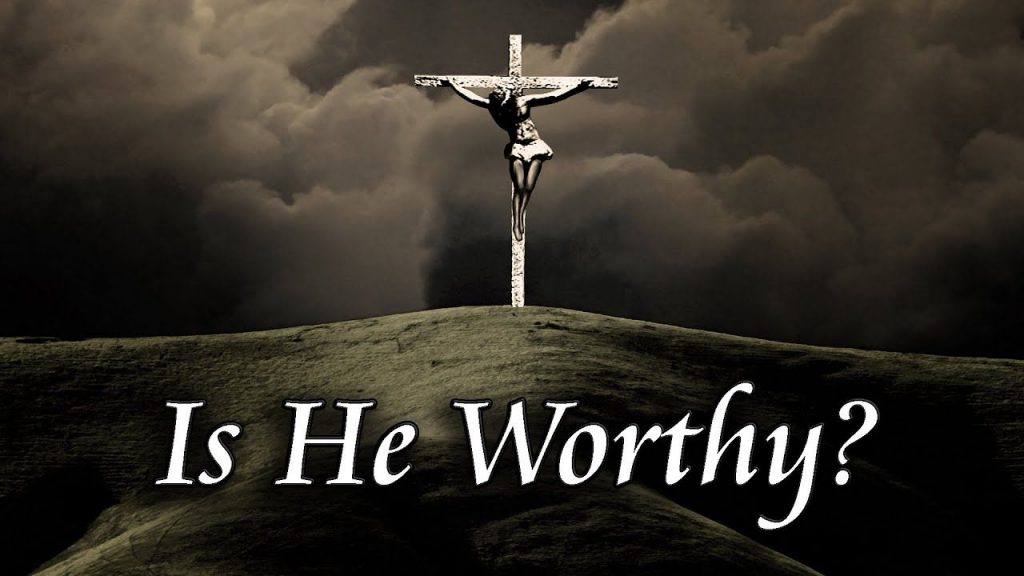 It’s an important observation to make. But it should not be one that causes us to lose hope. For there is a greater truth, as the first verse alludes to:

Yes, the world is broken, yes the shadows are deepening, but… but no matter how broken and dark it gets, nothing will stop the God’s light breaking through, nothing will stop Him from making things anew. Yes creation is groaning (verse 2 of the song) but a new creation is coming and God’s glory will be a light in our midst right now, let us not forget that. We can confidently declare that God loves us, that His Spirit moves among us, that we are safe in His hand and that His plan is to dwell with us in eternity.

How can we know this? How can we have this hope? Because of Jesus. Because our hope is found in Christ. Is He worthy? Worthy of our trust and worship? Worthy of all blessing and honour and praise?

He conquered death and sin. He is descended from a line of kings and is in fact the King of all kings. He is the sacrifice, the Lamb of God, who died in our place to satisfy the wrath of God against all our sin. Of course He is worthy. Worthy of all honour, glory and praise.

Do you feel the world is broken? (We do)
Do you feel the shadows deepen? (We do)
But do you know that all the dark
Won’t stop the light from getting through?
We do
Do you wish that you could see it all made new (We do)

Is anyone worthy? Is anyone whole?
Is anyone able to break the seal and open the scroll?
The Lion of Judah who conquered the grave
He is David’s Root and the Lamb who died to ransom the slave
Is He worthy? Is He worthy?
Of all blessing and honor and glory
Is He worthy of this?
He is!

Does the Father truly love us? (He does)
Does the Spirit move among us? (He does)
And does Jesus our Messiah
Hold forever those He loves?
He does
Does our God intend to dwell again with us? (He does)

Is anyone worthy? Is anyone whole?
Is anyone able to break the seal and open the scroll?
The Lion of Judah who conquered the grave
He is David’s Root and the Lamb who died to ransom the slave
From ev’ry people and tribe every nation and tongue
He has made us a kingdom and priests
To God to reign with the Son
Is He worthy? Is He worthy?
Of all blessing and honor and glory
Is He worthy of this?
He is!

Revelation 5:1-5, 9-14
Then I saw in the right hand of him who sat on the throne a scroll with writing on both sides and sealed with seven seals. 2 And I saw a mighty angel proclaiming in a loud voice, “Who is worthy to break the seals and open the scroll?” 3 But no one in heaven or on earth or under the earth could open the scroll or even look inside it. 4 I wept and wept because no one was found who was worthy to open the scroll or look inside. 5 Then one of the elders said to me, “Do not weep! See, the Lion of the tribe of Judah, the Root of David, has triumphed. He is able to open the scroll and its seven seals.”

9…And they sang a new song, saying:

“You are worthy to take the scroll
and to open its seals,
because you were slain,
and with your blood you purchased for God
persons from every tribe and language and people and nation.
10 You have made them to be a kingdom and priests to serve our God,
and they will reignb]”>[b] on the earth.”

11 Then I looked and heard the voice of many angels, numbering thousands upon thousands, and ten thousand times ten thousand. They encircled the throne and the living creatures and the elders. 12 In a loud voice they were saying:

“Worthy is the Lamb, who was slain,
to receive power and wealth and wisdom and strength
and honor and glory and praise!”

13 Then I heard every creature in heaven and on earth and under the earth and on the sea, and all that is in them, saying:

“To him who sits on the throne and to the Lamb
be praise and honor and glory and power,
for ever and ever!”

14 The four living creatures said, “Amen,” and the elders fell down and worshiped.

Revelation 21:5
He who was seated on the throne said, “I am making everything new!” Then He said, “Write this down, for these words are trustworthy and true.” 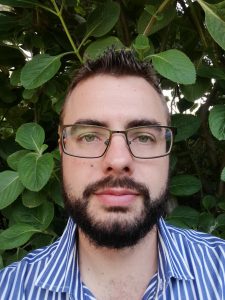 Guide Me O Thou Great Jehovah

The Harmony of a United Body