For the blog today we have a portion of an article shared with us by Herman Groenewald. Herman has contributed to this blog from time to time and really has a heart for mission. The following is from the “Praying for the World” newsletter: 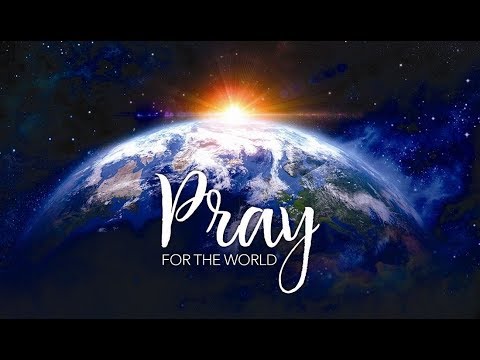 Jesus taught, ‘Blessed are the peacemakers.’ However, different situations require different kinds of reconciliation and peacemaking as there are many types of breakdowns of community. Beyond personal conflict, strife can break out along religious, political, ethnic, regional, or even, sadly, denominational lines. Reconciliation of believers one to another is a Scriptural imperative, not a negotiable extra! But in a world where such fault lines exist virtually everywhere, the power of Christian peacemaking is also a profound evangelistic tool.

An example from Egypt

On April 9, 2017, as Egyptian Christians were celebrating Palm Sunday, carrying palm branches and chanting ‘Hosanna in the Highest’, coordinated bomb attacks on major churches in Alexandria and Tanta in northern Egypt left tens of people dead and hundreds seriously injured. The joyful celebration turned into mourning across the country. The attack was one in a series of attacks on churches and Christians that has left thousands dead and injured.

While many Christians struggle to choose between leaving the country or enduring more suffering, the extraordinary Christian response to the violent attacks that have taken place since 2013 has provided many opportunities for witness to the gospel and a renewed sense of mission to the larger community. Christians did not seek revenge; instead they extended forgiveness to those who murdered their loved ones.

Such powerful Christian testimonies had a lasting impact on the larger Muslim community that was stunned by the Christian response.

Meanwhile, many Christians have been empowered by the testimonies of those who boldly extended love and forgiveness, leaving them a renewed sense of mission amid suffering.

What is happening in Egypt is not a remote event in church history, but a living testimony to the power of the Christian faith.

Graham: Real to Me

Let Your Walking Be Your Preaching